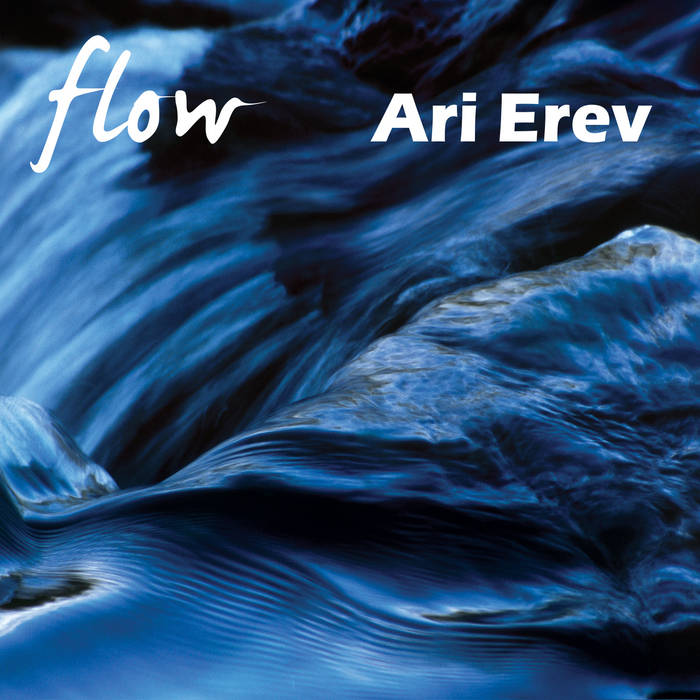 For me Flow has two meanings:

One is a stream of water that is directional and repetitive.
However, the repetitiveness is not even and comprises a wide variety of large and small streams, colliding, converging and splitting again.
I see resemblance between Flow and Music. Similarly to a flow,
music consists of numerous different streams that have the same
general direction and – especially with improvisation – never exactly repeat themselves.

Another meaning is a state of mind during which one is immersed in a continuous act of doing something, such as learning or creating, usually with great enjoyment and complete focus, without even noticing the passage of time. It is as if the time becomes suspended and the perception of reality is blurred by the unconscious.

Some people may regard this as the embodiment of Happiness itself...

I feel extremely fortunate to have experienced such emotions
while composing and arranging some of the tunes for this album.

I hope you let my music flow into your hearts and minds.

In Flow, pianist-composer Ari Erev and his players pour fresh energies into the pool of sounds that nourish our world. They do so in accord with the hallmarks of personal expression, collaborative interplay and creative sophistication that characterizes jazz in all its glorious styles and forms.

This third album by the Tel Aviv-based Erev introduces a new set of original songs that expand on his taste for lyricism with a Hispanic accent. Inspired at first by virtuosic Cuban pianist Gonzalo Rubalcaba, who he heard on bassist Charlie Haden's bolero-tinged records Nocturno and Land of the Sun, Erev has made a study of keyboardists drawing upon Spanish, Caribbean, Mexican and South American musical legacies. He joins them in underscoring melodic themes with the rhythms of Africa adapted across the Atlantic Ocean as early as the 18th century, and 200 years later embraced all around the world.

This strategy requires skilled instrumentalists and in return spotlights their talents, so Erev has gathered accomplished compatriots to the task. Veteran bassist Eli Magen grounds the album's aura with his subtle yet substantive sound; drummer Ron Almog, best known for his prominent role in the Avi Lebovich Orchestra, and percussionist Gilad Dobrecky (on four tunes) deftly collude in support. Soprano saxophonist Yuval Cohen (of The Three Cohens, featuring his brother, trumpeter Avishai and sister, reedist Anat) richly enhances five tracks of Flow's tracks. The result of everyone's well-attuned efforts is more than an hour of music that soothes and stimulates in balanced measure.

"I prefer to leave these songs mostly unexplained," Erev says, "so that the listeners will come up with meanings and interpretations." But it will not hamper audiences' speculations to reveal that Flow's opener "Jump into the Water" was the last piece of this book written by the pianist. It came to him quickly one evening as a melody conveying the concept of taking a bold move "from which there is no way back. Once you jump, you can't regret it. . . "

"Flow" itself was the first song Erev penned for this project, a waltz that rises and dips during his piano solo as if buoyed by waves. On "Playful Moments" Cohen's voice-like horn floats upon a samba beat, a hint of "saudade," the Brazilian mood of nostalgic sadness, glistening through the song.

"July, Again" is Erev's tribute to his deceased friend and bassist Udi Kazmirski, who first gigged together on a July day; Kazmirski died in July 2012, hence the title. "Treasures in Havana" is Erev's allusion to spiritual, rather than material, assets, sparked by transcendent experiences, especially with music, he recalls from a family visit to Cuba.

Bassist Magen's line, says Erev, is the pivotal one of two meshing in "Inner Story." "What the Heart Sees" is Erev's evocation of the statement "What is essential is invisible to the eye," from Antoine de St.-Exupery's fable The Little Prince. Might what's essential be clearer to the ear? It seems so, as Erev, Cohen, Magen and Almog avoid mere embellishment while sketching soulfulness at a luxuriously moderate pace. And so Flow continues, with "Continuance" emphasizing the power of carrying on; the lyrical "Domingo," by Brazilian pianist-composer Debora Gurgel; the self-explanatory "Latin Currents," and American pianist-composer Fred Hersch's "Endless Stars."

It's true these tracks need little explanation. Your own attentions and reactions to the musicians' intimate interplay and sensitivity will tell you all you need to know. The music gives the impression that it's being created in the moment, just for us. As Ari Erev says, "Flow is the state of mind during which one is immersed in a continuous act of doing something, usually with great enjoyment and complete focus, without even noticing the passage of time. A listener can easily enter such a state. Simply sit down, relax and go with this Flow. – Howard Mandel


All Tracks composed and arranged by Ari Erev, except where indicated.

Bandcamp Daily  your guide to the world of Bandcamp